When people think of Puerto Rico, they think about cruise ships stopping or leaving from the port, or they think of Old San Juan but rarely unless you already know about Puerto Rico, often people don't know all that it has to offer, and there is so much!

I have personally visited Puerto Rico 3 times, and I just love the island and it's people, but not always did I take the time to visit complete island because I was leaving on a cruise but I always like to stay for a couple of days prior to my sailing.

If you love the Nature and being outdoors, then Puerto Rico is somewhere you will want to visit.

Let's discover together, I know you will be pleasantly surprised! 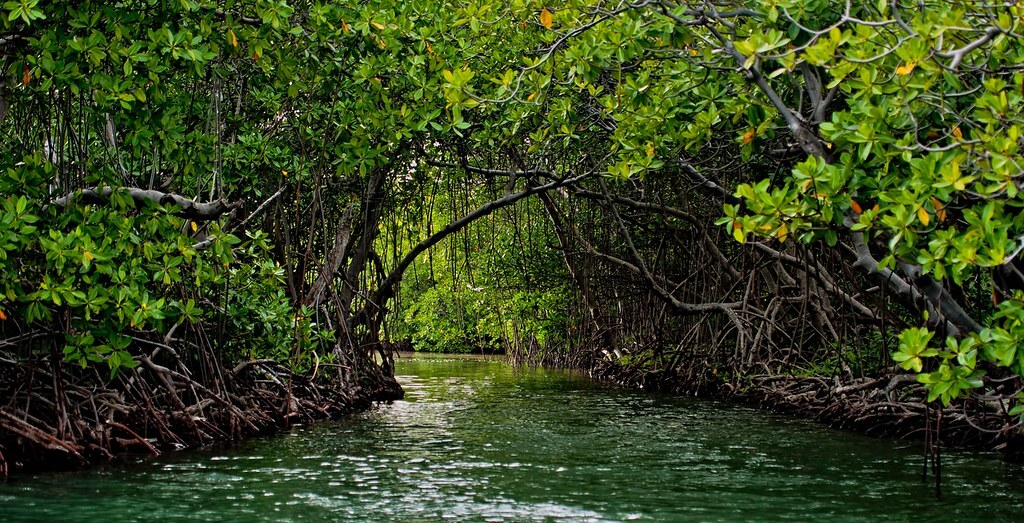 Puerto Rico is broken up by West, South, North & East, and all offer different experiences.

Puerto Rico is surrounded by Islets.

Puerto Rico is a Nature Lover's Dream, with 36 nature reserves, 19 state forests, approximately 300 beaches, and the only tropical rain-forest in the National Forest System.

The only tropical rainforest in the U.S. El Yunque hosts the best hiking on the island. There are more than two dozen miles of trails, popular well-maintained paths to peaks and pools, and primitive paths into remote areas. El Yunque Peak provides a spectacular view of the forest and the eastern shoreline of the island.

The Karst Region is an area of limestone terrain, characterized by sinkholes, ravines, and underground streams, which covers more than 1/3 of the island's territory. The Karst area harbors the richest biodiversity in Puerto Rico. Biodiversity meaning: (boosts ecosystem productivity where each species, no matter how small, all have an important role to play).

Puerto Rico's coastal forests consist primarily of mangroves, as they shelter all kinds of marine and land organisms and help to prevent the shoreline from erosion.

Piñones Forest, east of San Juan, has a boardwalk through the mangroves and Jobos Bay Esturine Reserve on the south coast is an off-the-beaten-path jewel.

Located in the south/center part of the island, the forest extends through several municipalities. Some the major points of interest is the Doña Juana waterfall, camping facilities, and hiking trails lined with many species of trees, orchids, and different species of birds, and leading to rivers and charcos (which are natural swimming pools) 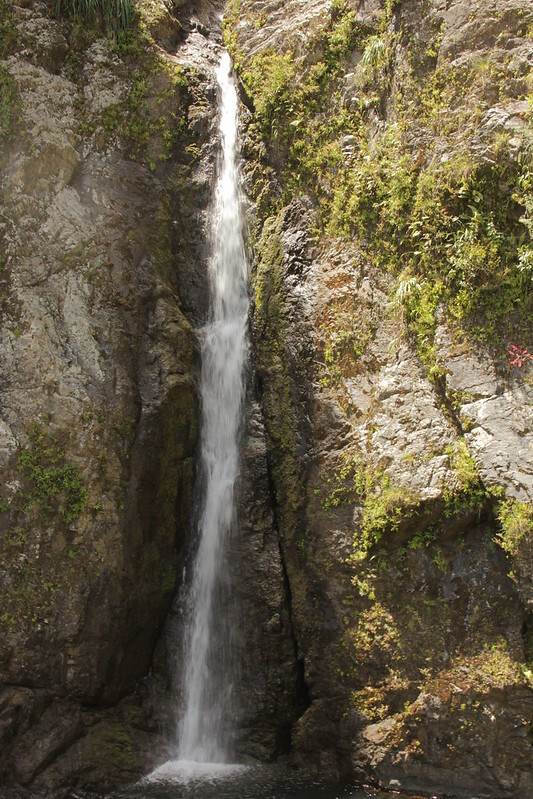 Next up, is Cabo Rojo National Wildlife Refuge

Known for it's salt flats of Cabo Rojo and the Comate Beac coastline trails are a U.S. National Wildlife Refuge and absolute paradise for bird-watching enthusiasts. This arid landscape in the wouthwest is like an alien amid Puerto Rico's lush vegetation and azure beaches, and a home to 25 species of migrating shorebirds. Over 90 resident and migratory birds that also frequent the salt flats. 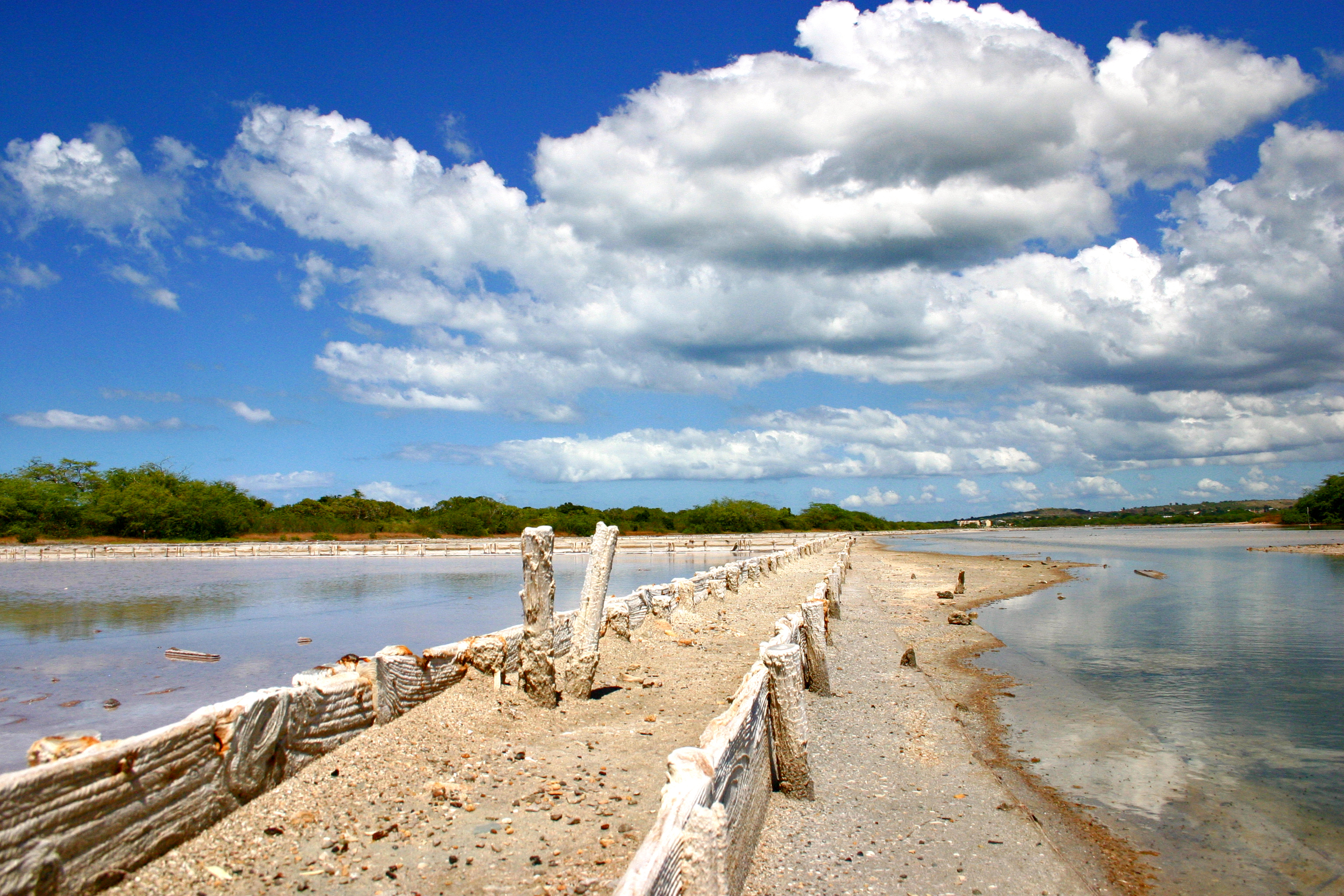 Unique to Puerto Rico is the Guánica Dry Forest

This is a subtropical dry forest, which is very different to the lush rainforest of El Yunque. Designed as a United Nations Biosphere, the Guanica Dry Forest is home to more than 600 types of flora and fuana, including 48 endangered species of birds, 16 of which are endemic to the island. Many of it's trails lead to a hidden fort, a picturesque beach, and limestone caves. When visiting Guanica, you must also include an trip to the idyllic Gilligan's Island, a hidden mangrove cay just a short boat ride away. 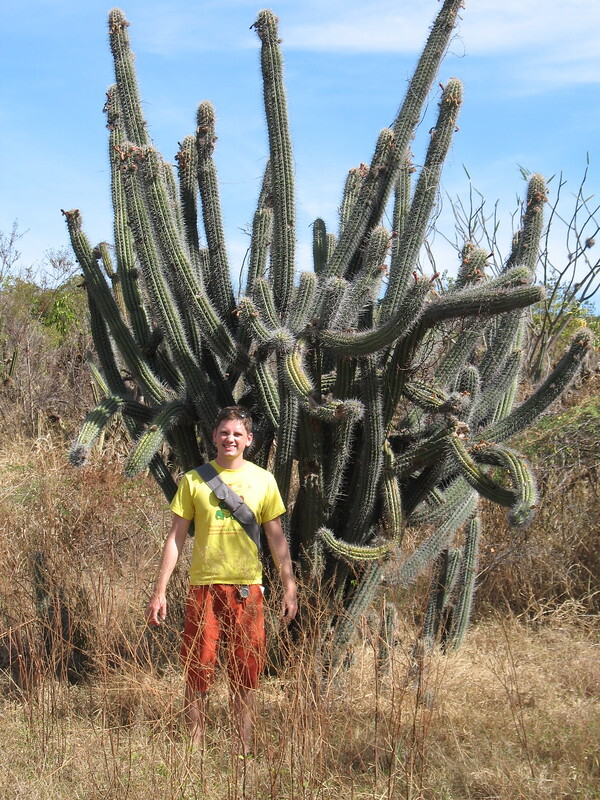 There are many wildlife Refuge's in Puerto Rico

Like, Humacao Wildlife Refuge, home to 30 species of birds, iguanas, you'll find walking trails, biking, light hiking, kayaking and places to stop and have a picnic.

This is a stunning nature refuge that covers over 1,580 acres encompassing a large part of the Culebra and its 23 adjacent islets and cays. Migratory seabirds are visible in late spring and summer. The sea turtles nest on numerous refuge beaches were you snorkel. 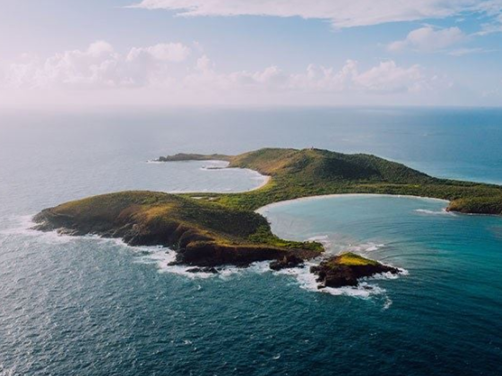 If the Galapagos is on your bucket-list, then a stop to Mona Island will delight you. The island teems with giant iguanas. 3 species of endangered sea turtles along with red-footed boobies, and countless other sea birds. The waters surrounding the island are home to over 270 species of fish, some species so rare or endangered that the island is considered their last significant refuge. Visiting Mona Island requires a special DRNA permit, there are several say tours that are offered.

Let's not forget about a bit of adventure, at the Toro Verde Nature Park

The Toro Verde Nature Park is an ecological adventure park where the family and friends can spend their day enjoying some of the most breathtaking views of Puerto Rico. This park has more miles of zip-line cables than any other park in the World, as well as rappelling and rope bridges over the lush canopies in the central mountain range.

So, what kind of activities awaits you in Puerto Rico?

Hiking of course, Whale Watching in the Winter December - February, Horseback Riding, Kayaking through the mangroves-shaded channels to the cays, surfing, snorkeling, diving and Golfing just to name a few!

Deep in the mountains of Puerto Rico is the Tanama river of Utuado, flowing waters over millions of years have carved a network of caverns, canyons, and tunnels in the limestone cliffs. Serveral ecotourim companies carving, cave turbing, rappelling, hiking, and rock-climbing tours in the area are offered. You must be in excellent physical condition.

Located inside the Guajataca State Forest in the northwest town of Isabela, Cueva de Viento, the wind cavern, is easy to access.

Right on the roaring Atlantic coast is the Cueva del Indio or the Indian Cave. The entrance fee is 5.00$ and it will give you access to impressive cliffs, views of crashing waves and a natural rock bridge.

Most top Golf Courses are near San Juan.

The Wyndam Grand Rio Mar Golf Club & Beach Resort is located in Rio Grande 40 minutes from San Juan, it's two 18-hole golf courses were designed by Greg Norman and Ocean Course by Tom and George Fazio. While golfing you will view the El Yunque tropical rainforest. 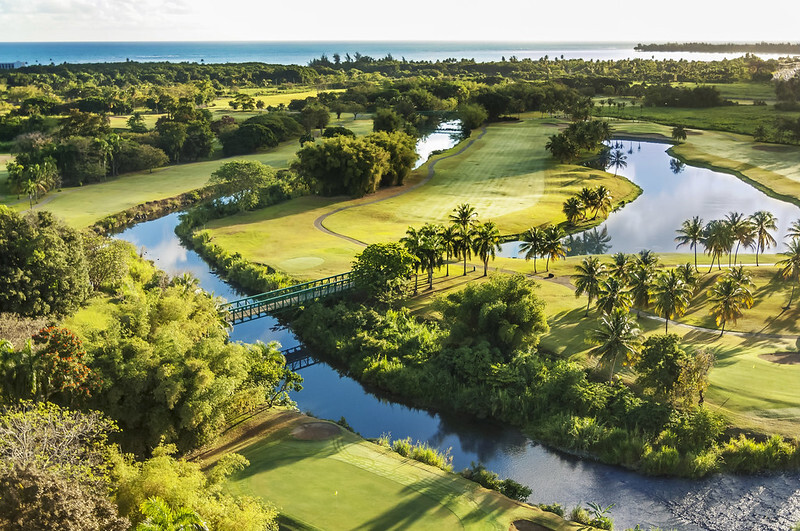 Another Beautiful Golf Course is around 40 minutes from San Juan on the north coast. TPC Doroado Beach is home to two 18-hole courses authored by Robert Trent Jones Sr. The East Course ranks as one of the Best courses in the Caribbean ( or anywhere according to some players) Scenery, turquoise ocean waves sand beach and coconut palms. Sugarcane Course, a 7,119-yard jewel, includes water, grand bunkers, and a tropical vibe accented by breathtaking native flora and fauna. the spectacular courses has been played by celebrities, world leaders, golf legends and professional tournaments.

Coco Beach offers two 18-hole courses, that are impressive as they are immaculate - par for the course at a venue that hosts the PGA Tour and the Puerto Rico Open. Located in Rio Grande on the island's northeastern shore. Coco Beach is roughly 40 minutes from San Juan. Major champion Tom Kite designed both courses, comprising for distinct 9-hole circuits. Coco Beach has ample seashore and palm trees, Amazing beach views, luxurious clubhouse, and first-rate service define the guest experience at Coco Beach.

Other Golf Courses that are worth a play or two:

As you can see there is so much that Puerto Rico offers to you!

With so much to explore, we will revisit Puerto Rico next week and learn more about the West, South, North and Eastern side of the island along with it's islets.

Ready to start planning your next years vacation?

Contact me today, and let's work together to bring your travel dreams to reality!

Let Us Help You

Sign up for our newsletter to learn about the latest product news and deals. Also receive exclusive offers, contest details and giveaways.